The Gift of Ceremony

The way a congregation worships is very important. It is part of their identity and serves as a public demonstration of their beliefs. The use of liturgical rites and ceremonies is one of the means by which a church makes a confession of faith, both to their members and the greater public, and it makes sense that differences in practice can fuel dissent and controversy. However, even while these rites and ceremonies set congregations apart from each other and manifest their differences, they also unify those with common practices. Like the preaching of the word and the administration of the sacraments, liturgical practice is something that bypasses and overcomes language and cultural barriers. In a very physical world, there are very few other means of so clearly demonstrating which congregations share a common confession and which do not. Regardless of what a church’s practices are, the role that ceremony plays in the life of a congregation is significant.

In the Old Testament, particularly in Leviticus, God gives his chosen people a great many liturgical duties and practices that are required. Circumcision, priestly garments, bodily washing, and various burnt offerings are just a few examples of practices that God commanded the Israelites to follow. They were means by which God distinguished his people from the Gentiles and actively set them apart as his own. From the beginning, God gave the faithful physical and bodily means of worshipping him that clearly marked them as his beloved children. Even though they were commands, they were also gifts, because it was through these Old Testament commands that God administered his grace to his people. The liturgical practices that God gave the Israelites served as the physical process by which he made them outwardly clean and holy. Punitive commands were not designed to make his people miserable. They were blessings that tied them to their heavenly Father through the binding power of his word and promise.

In his birth, death, and resurrection as both God and man, Jesus Christ perfectly fulfilled the Old Testament law for all of us in a way that we never could have. In doing so, we were freed from the weight of the law that commanded us to adhere to the rites and ceremonies of the Israelites. However, even though we are freed from condemnation under the Law, the benefits and edification derived from God’s gifts are no less significant. We are not bound, as the Israelites were, to worship and pray in a specific way, but the impact and significance of structured ceremony is not lost.

Just as it did before the birth of Jesus, the ceremonial practice sets worship apart from everything else. The way we worship sends a message to Christians and non-Christians alike. When we approach worship with reverence and seriousness we are confessing that we are participating in something significant. Even something as simple as dressing in your “Sunday best” makes a statement. When people go to a wedding, they typically dress very nicely. The don’t do so because the way they dress will have an impact on whether or not the bride and groom get married or on whether or not they are a good friend of the bride and groom. Instead, they dress nicely as a sign of respect and in acknowledgement of the fact that a wedding is a significant occasion. Similarly, when pastors wear liturgical vestments, it is not because the wearing of those vestments has an impact on the value of God’s word or because it earns him and the congregation extra brownie points with God. Like the wedding guest that dresses in their finest, a pastor wears vestments to demonstrate the distinction of his office and the importance of worship.

When rites and ceremonies play an active role in the life of the Church, they serve as a declaration of how important the Church and faith actually is. Oftentimes, children in particular are struck by, and keenly observant of, a congregation’s liturgical practices. Even a rambunctious and squirming child can tell that something important is going on when the pastor wears unusual garments, people are chanting/singing rather than speaking, and the whole congregation goes through the same physical and visual movements. Young children are actually quite capable of understanding what is going on in church and it will often be clear to them whether or not those around them take worship seriously. Treating worship and the Faith with reverence and gravity beyond what we attribute to the day-to-day routine of life is valuable to people of all ages. It doesn’t save us, but it drives us and encourages us to look toward God and the gifts he has given us through his Church here on earth.

The rites and ceremonies of a congregation should always serve as an arrow that points us toward Christ’s death and resurrection as our hope and confidence. Liturgical practices not only set the Church apart from the rest of the world in a tangible and visual way, but they take the emphasis off of us as individuals and place it on Christ. These ceremonies are not meant to be a way of demonstrating great works and superior faith. Instead, the traditions and unifying practices of the Church, spanning back centuries, clothe us in the glory of God and cover our individuality. In the Church, Christians are made one with Christ and one with each other. Christians make up a congregation of holy saints, though being a Christian is not about working to prove individual righteousness or to earn salvation. Common ceremonial practices that connect us to congregations across the world and throughout history bind us to the one true faith and the heavenly host of believers that have been claimed as the people of God.

Pastoral vestments and the robes often worn by church acolytes are uniforms. They cover up the personality and individuality of the person wearing them and point toward the office they represent. Just as a soldier or a police officer acts as a servant of the government for the benefit of the people in putting on their uniform, pastors are servants of God, called to preach his word and administer the sacraments. In one way or another, all rites and ceremonies should turn individuals away from themselves and the world, toward God as their source of salvation. The entire structure of a church service should be built around the preaching of God’s word and the receiving of his sacrament. Even the order of service that a congregation uses operates as a uniform, pointing toward the purpose and significance of the authority it represents.

No work of sinful and fallen mankind can earn salvation. Only by the grace of God is anyone saved. Ceremony is not a path to salvation, but it isn’t without significance or importance to the Church. It is a gift rather than a command that has been given to us as an aid and a guide. We are physical beings living in a physical world and liturgical practices provide us with a bodily means of receiving God’s heavenly blessings. Ceremony is a gift given to us as a means of pointing us towards the grace and mercy of our heavenly Savior who has already done everything needed to earn us our place in heaven. 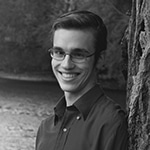 "Grant Rest To Thy Servants" - Are You Praying For Dead People?

The Providential Love of God: Reflections on Psalm 107

The Gift of Ceremony