And Lord, Haste the Day When My Faith Shall be Sight

This piece is the second part to another article that I wrote called, Anticipation.  It can be found here:

My wife and I have a painting of Lake Tahoe hanging above our fireplace.  The artist did a fantastic job capturing the Lake’s natural enchanting beauty.  Impeccably white snow blankets the lake shore and mountainous backdrop.  The serene lake water is crystal clear and the vibrancy of its sapphire surface is fully conveyed. The sky above the snowy peaks is absolutely permeated by the sun’s beaming glow.

The painting is quite beautiful, but it is very easy for me to overlook during the routines and rhythms of daily life.  Although the painting hangs directly in front of our couch, other objects in the room grab for my attention.  The television off to the left certainly steals my focus away more often than not.  My eyes also are frequently scouring the bookshelf beside it in search of the next reading project that I am going to embark upon.  Even though the painting is central to the room I am very prone to disregard it.

Whenever I pay attention to the painting, however, and really fix my gaze upon it, I find that the picture instantly transports me back to my time in Tahoe.  I can smell the fresh pine trees once again.  I can feel the cool mountain breeze dancing on the back of my neck.  I can sense the glacier fed lake water washing over my skin.  I am awestruck all over again by my memories of the place’s magnificence.  The picture pulls to the forefront of my mind the past reality that I experienced.  The location becomes palpable once more as I reflect upon this painting.

The same is certainly true of the pictures that I have of my son, especially those that were taken close to the time of his birth.  These pictures have a way of escorting my mind and my emotions back to that season.  I remember who I sensed I was becoming at the time, what I felt and what was racing through my mind just after he entered our world.  These pictures have a way of making the past very tangible for me once again.  I feel as though I am re-experiencing the moments that are captured in these photos.

What if you could have pictures, not only of the past, but of a future reality as well?  What if there were images of a future reality that were captured in such a way that you could ponder them here and now?  What if you could “remember” the future by picturing it?  Anyone who has enthusiastically planned a vacation has experienced this to some degree.  You do the work of looking up snapshots of different areas, you watch all of your favorite travel T.V. shows, and you research the best places to visit.  Once the trip is all planned out, time seems to creep by so slowly because you just can’t wait to get away and have this phenomenal experience.  In your eagerness you begin picturing what experiencing the location is going to be like by dreaming about it here and now.  You have researched your destination and you fantasize about being there so much that the days on the calendar leading up to the departure date cannot be crossed off fast enough.  The future is affecting your present as you anticipate its coming.  The coming vacation makes you itch for it to happen as soon as possible.  Often enough, once you have finally arrived at your long awaited destination, the place itself far surpasses what you imagined it to be.  Even though you pictured it in your mind and planned it out in detail, simply being there exceeded your expectations.

The same is true of anticipating a future with a person.  Before my son was born I frequently pictured what life was going to be like with him.  I was able to imagine and dream of a life together with him.  His face evaded, me, though.  I could picture a baby that I would one day call my son but I couldn’t picture the exactitude of his selfhood.  I could picture holding him, rocking him to sleep at night, instructing him, watching him grow up…etc.  Anticipating and imagining such things drastically shaped me as I longed for the future that I was going to have with him.  Yet, there were some things about him that my anticipation simply couldn’t predict.  I couldn’t even begin to imagine the specifics of his face nor dream of the precious little noises he would make.  I was able to picture a generalized baby, but not the one who would turn out to be specifically my baby boy.  Who he was on his arrival far surpassed even my greatest of expectations.  Everything he has turned out to be was something that I couldn’t even begin to fathom prior to his coming.  I was surprised by how specifically himself he was.  As much as I longed for his arrival and anticipated his coming, I was still astonished by how utterly unique he turned out to be.  The distinctiveness of his personhood astounded me because I couldn’t see his specificity coming no matter how much I dreamed of a future with him.

As Christians, we need to be able to picture the future.  We need our glimpses of what is yet to come to shape our present.  We anticipate the New Creation (or, “renewed creation;” however you wish to translate it).  We long for a heavenized earth.  Just as a much-anticipated birth begins to gear all of one’s life towards parenthood, so yearning to behold the face of Christ one day needs to shape all that we are in the present.  We need to live as a people who are striving to behold the face of Christ and who are going to stand before His glorious throne.  The hopes of a new creation need to cause us to itch for it in the here and now.

Importantly, we also need to let the mystery behind the future’s coming awe us.  Just as a new parent couldn’t predict the exactitude of their child’s personhood prior to that child’s coming even though they longed for the arrival, so too we cannot fully predict precisely what Christ’s second coming and the new creation are going to be like.  We can look forward to it and, in looking forward to it, we can be heavily formed by our hopes here and now.  Yet, the great arrival of the Kingdom come is still going to utterly astonish us with its uniqueness.

St. Maximus the Confessor once wrote that: “The things of the Old Testament are the shadow; those of the New Testament are the image.  The truth is the state of things to come.1”  He is saying what the Apostle Paul says in 1 Cor. 13:12: “For now we see only a reflection as in a mirror; then we shall see face to face. Now I know in part; then I shall know fully, even as I am fully known.2”  What does this mean?  The Old Testament was a shadow of the coming Kingdom, the New Testament gives us an image for it, while the fullness of the Kingdom is still yet to come.  We can imagine life in the Kingdom here and now.  We can picture it.  Yet, there is a fullness that is still yet to be celebrated.  The things that have yet to come to pass will surpass even our wildest of anticipations and most fervent of hopes.  We know Christ now, yes, and we live in the power of the Holy Spirit, and we have tasted of the heavenly gift.  Yet, there is still a mysterious element in our knowing.  As the Apostle says, we still only know in part.  We still only see a reflection of the thing rather than the thing itself.  We have an image of the life that is to come but we have yet to see this life fully face to face.  Even though we know of such things, the fullness of our understanding is still yet to come.

I can know of a place by Googling images of it.  I cannot fully know the place, however, until I set foot upon its soil.  I can dream of the coming of my child.  Even though he is fully present in mother’s womb, I don’t fully know him until I have beheld his countenance, until I have gazed upon his face, and held him to my chest.  I can see images of Kingdom fulfillment in the Church’s liturgical life and loving communion but I still await the day where my faith will be sight. 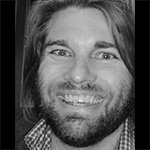 A Place to Call Home

Round Table: Do Muslims and Christians Worship the Same God?

And Lord, Haste the Day When My Faith Shall be Sight