If you pay attention to the news, you have probably been tempted to see the world through a pessimistic lens on more than one occasion. So much in our world seems wrong, particularly if you hold to the Christian faith. We read headlines about the demographic decline of Christianity in the West and we see more and more evidence each day of the church’s waning moral influence in our culture. Commentators and pundits make it sound as if the sky is continually falling as we march steadily towards Gomorrah.1

What you are not likely to hear—at least, not as loudly as all the tales of doom and gloom—are the numerous stories of people who are making a real difference in their local communities. Enter Warren Cole Smith and John Stonestreet. In Restoring All Things: God’s Audacious Plan to Change the World through Everyday People, Smith and Stonestreet tell the stories of people who embody the Bible’s “re“ words—redeem, restore, reconcile, etc.—in the work they are doing in their communities. While Christians are often known by another set of “re” words like resist, react, or reject, Smith and Stonestreet demonstrate that this need not be the case. Christians can and should be known more for what they are for than what they are against.

Smith and Stonestreet begin their book by introducing two key concepts that inform their strategy in what follows: the importance of story and the importance of mediating institutions. They argue that the most significant problem in the church today is our failure “to grasp the Biblical narrative as the true story of the world.”2 When we fail to understand the significance of the Biblical story, we can easily lose sight of the role we are to play in God’s plan of redemption and restoration. We are also left with a diminished ability to share the hope of the Gospel with an aching world. But beyond the significance of the Biblical story, Smith and Stonestreet recognize the power stories have to move and shape people. They write that “the ideas that shape politics and culture are rarely advanced by argument,” but rather “by the stories that shape our imaginations.”3 Thus, the heart of their work is to share the stories of those living out their redemptive calling in hopes of inspiring others to join in that work.

Many of the stories Smith and Stonestreet recount in their book focus on mediating institutions—those organizations that exist in the space between the individual and the government. Following Alexis de Tocqueville, they argue that “America was strongest in the middle, with a robust civil society limiting the power of the state while allowing citizens to flourish and self-govern.”4 Yet, in recent decades, the middle of American society has been shrinking as people seek solutions to the ailments of our society either in government programs and regulation or through individual responsibility. Smith and Stonestreet see this as an opportunity for Christians to step in and revitalize the middle of American society, working at the local level to affect restorative change. Their vision can be seen in the stories they share in each chapter.

Every chapter begins with some theoretical (though not impractical) discussion of the issue being addressed, whether economics, education, or orphan care (to name only three of the thirteen or so topics covered). While they are forced to be brief in their assessment (since each chapter could easily form a book of its own), they offer particularly incisive takes on issues in our justice system, the racial tensions that have dominated headlines for the past year, and the issue of homosexuality. In almost every case, quality is not sacrificed for brevity, though I was left wanting more in the chapters on women’s issues and the arts. After this theoretical introduction, Smith and Stonestreet move on to tell two or three stories of people or organizations making a difference on the ground. It is in this part of each chapter that we can see the importance of stories played out. Finally, each chapter concludes with a to-do list pointing to different resources we can use to learn more about the issue addressed in the chapter and outlining a handful of concrete actions each of us can take to have an impact in our own communities.

This book is eminently practical on account of the to-do lists at the end of each chapter alone. But it is even more so because of the stories it tells. These stories serve not only as powerful counters to the temptation to pessimism, but as encouragement for readers to go and do likewise. They demonstrate that each of us have the ability to be agents of restoration in our communities. If people follow the template Smith and Stonestreet provide for redemptive Christian engagement in all areas of society, we may be able to see their vision for a revitalized middle bearing more fruit in the years to come. Restoring All Things is an excellent and timely resource which deserves a home on every Christian’s bookshelf. 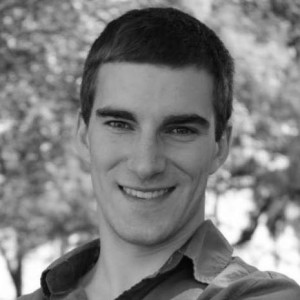 Jeff is currently a student at Westminster Theological Seminary in Philadelphia studying for a Master of Arts in Religion (Concentration: Theological Studies). He graduated from Olin College in 2013 with a B.S. in Electrical and Computer Engineering and went on to work as an engineer at IBM for one year before beginning seminary. Jeff has also attended and worked for Summit Ministries in both their summer programs and Summit Semester (student in summer of 2012, mentor in fall of 2014).

My Journey to Catholicism: Part III

Book Review: “On Gender and the Soul”

The Bleak Gospel of Jordan Peterson

How Not to Write About Stephen King’s “Theology”

What is the Future of the Church?

Dialogue on Church History and Tradition

Charismatic in an Anglican World