Lessons From an Unexpected Miracle

“My wife was healed from cancer at a Benny Hinn crusade.”

That one sentence hit my small group like a punch in the gut. No one knew what to say, and we all looked around at each other, and the floor, in mute embarrassment. We somehow murmured our apologies—and eventually the conversation drifted into different territory—but we soon said our goodbyes and left for the evening.

Earlier in the evening my small group met at a local evangelistic ministry to help fill shipping containers with large plastic bags of clothes. The clothes were being packed up to be shipped to a nation in another part of Africa. I was living in Johannesburg at the time, and my small group wanted to lend a hand in a relief effort. We worked without complaint and in good humor for a few hours, until it was time to stop for the evening. The couple overseeing the effort on site, let’s call them Bob and Sue, invited us back into their home, which was at the ministry headquarters. We spent some time talking about what we had been doing, and the work the ministry was doing in bringing relief to the impoverished. The ministry had a charismatic background and the church my small group hailed from was a charismatic mega-church in the suburb of Randburg. Over the years our church had hosted different speakers from different churches from the United States, and our conversation trailed to one of the more flamboyant personalities: Benny Hinn.

Benny is easy to pick on. He dresses in hideous suits, his hair is oddly shaped, he displays odd behavior in the pulpit, and he speaks and acts more like a cartoon character than a minister. However, many people believe he is a miracle worker par excellence. So our small group started mocking his mannerisms, calling his self-described healing gift into doubt, and generally just doing what guys in their twenties do when talking about something, or someone, they don’t like. That’s when Bob dropped the bomb: “My wife was healed from cancer at a Benny Hinn crusade.” I personally had no response for that bit of information, and neither did our group leader. We wound up apologizing, and Bob and Sue brushed it off, but that encounter has stayed with me eighteen years later. Now this is not an apologetics piece in support of Hinn, his ministry, or his theology, but there are a few important lessons to be learned.

The first lesson is that God moves how he wants to move, in the way he wants to move; and often this can take the shape of something unexpected. I personally do not believe that Hinn has a special healing gift, but I do not doubt Bob and Sue’s story. God chose to heal Sue at that particular place and at that particular time. The Gospels are full of stories where Jesus healed the sick in response to their faith—their belief that he could and that he would when asked. Something amazing happened to Sue and it changed her life for the better. The second lesson is that a person you mock may just very well be the catalyst for the work of the Spirit in someone’s life. Now this does not mean that one cannot examine troublesome doctrine from troublesome preachers and teachers but one should always do so with charity and sensitivity. As Christians our calling is to be conformed into the image of Christ. This involves daily self-denial and honest self-reflection and we should not rush to run down others when most of us have a lot of work we need to do on ourselves. Most of us have a lot of work to do in our own hearts, and our efforts should be focused in that direction with as much humility as we can muster.

I never saw Bob and Sue again. I do not know if her cancer returned or if she remained free from it throughout her life, or even if she is still alive. I do know, though, that she had an encounter with God in a place most of us would think God would be least present (if such a thing were possible). My own take of the situation is that God in his love and compassion did something extraordinary for her, simply because he is good and she believed that he could. Many think that God owes us physical healing as part of some sort of divine contract that God is obligated to perform because we decided to follow Jesus. Others believe that miracles have ceased, saying they believe they are still possible if God so chooses, but living as if they are an impossibility. I believe that any acts of healing, or the miraculous, are holes in the fabric of the present reality as God’s kingdom, inaugurated in Jesus, increasingly breaks through. Healings and miracles are foretastes of the eschaton, and sometimes God allows us to experience in part what life will be like with him once all our tears are wiped from our eyes and we experience the totality of what it means to be saved. 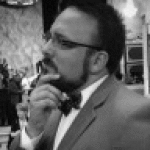 Must We Forgive Institutions?

What the Church Does Best

A Place of Hope and Healing (Part 2)

Lessons From an Unexpected Miracle