House of Cards: Is it good?

Netflix recently released the fifth season of the hit political drama, House of Cards. The same viewers who once broke Netflix’s streaming service upon the release of a previous season will now have the opportunity to continue following the Underwood’s pursuit of power. While there are certain parts I could do without, I am a fan of the show and think that Kevin Spacey and Robin Wright have both been brilliant throughout the series. With that said, however, I’m not entirely sure that House of Cards is a good show in any substantial sense of the word.

By a good show, I mean one that is more than simply well executed, enjoyable, and displaying a thought out story line. Rather, by good I mean something closer to virtuous; thus, moving the goal post away from personal entertainment and beginning to consider the effects a show might have on its viewers. For instance, it might be relevant to ponder whether a program pushes its viewers “on towards love and good deeds.” Given our current cultural and political moment, it is also worth asking if viewers are left with an increased love or capacity to love their neighbors and an increased desire to work for the common good.

It is my view that while there may well be a value in the deep skepticism of power and institutions that House of Cards leaves in its viewers, such a skepticism does not increase love of neighbor or a desire to work for the common good. Instead, it seems to break down trust of institutions and public servants in a way that pushes people from pursuing a certain type of good deeds. Predictably, waiting for the Ides of March does little to enhance civic virtue.

I have not finished watching the most recent season of House of Cards, but I am comfortable assuming that the Underwoods will not experience an extreme alteration in their ambitions. As such, the pursuits of the show’s quasi-protagonists put the viewer in the position of hoping that a dishonest scheme eventually wins out. The result then, is not citizens who desire for political scandal, but certainly a citizenry with an appetite for the scandalous and little patience for the rather boring slog of a well-functioning democracy.

Some may well argue that a show like House of Cards correctly lowers trust in institutions and politicians. This view would see the reality of political spaces as one that requires a citizenry equipped to seek out and understand the potential for dishonest and coverup. There is certainly something to such a position. However, while this view accurately identifies the need for a citizenry that is equipped to hold institutions and public servants accountable, it seems to simultaneously abandon those institutions and public servants to inevitable future scandal.

In addition to the capacity to seek and uncover dishonest dealings, an effective democratic populace must also have the patience and skills to participate in, form, and influence institutions away from such dishonesty. Perhaps our political dramas can have an effect in forming viewers for such a task.

At this point, it is important to clarify what I am NOT arguing. It is not my view that House of Cards and shows like it (Scandal, The Ides of March, etc.) should be avoided. In fact, I regularly consume media from a similar genre of dark political dramas. My suggestion is that there is a need for a better form of media that leaves its viewers up for the task of loving their neighbors and working for good deeds, as is demanded by the Christian life and required for a functioning democracy, where love of neighbor and manifests itself in a robust civil society and good deeds come in the form of civil service.

Our current political moment has shaped and simultaneously been shaped by a citizenry with a penchant for consuming political sin. So long as we expect it, we will not be disappointed when we find it. The challenge at hand is not to play on the distrust of viewers, but to begin the slow process of rebuilding trust in institutions for the task governing together, trust in our neighbors for the task of living together, and trust in ourselves for the task of working with one another. This challenge requires entertainers to move beyond the rehashed potential for darkness in our political systems and to begin to captivate the minds of audiences with the potential for good and the beauty of virtuous public work inspired by a deep love of neighbor.

Such a task is not one that can be accomplished by a cheery television drama based on civics education. Captivating audiences with an appreciation for the potential of liberal democracy is no easy task. Though, Aaron Sorkin may well have done it. President Josiah Bartlet and his White House Staff in The West Wing did not avoid the mess of political spaces, nor did they completely circumvent the problem of political scandal.1 But, The West Wing aimed high and sought to inspire a virtuous form of politics, which may or may not be achievable. In fact, the largest critique of The West Wing may be that its vision for politics is, simply put, naive. However, such a vision, which reaches beyond the cynicism of our current moment, ought to define the standard for a truly good political drama, if for no other reason than we cannot continue reaching for what we already have.

(1) You might remember President Bartlet’s MS scandal, which took up large amounts of script and eventually led to the best five minutes in television history during the season two finale. 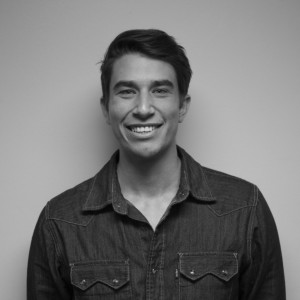 Random Thoughts from a Western Adventure

House of Cards: Is it good?