At the end of The Benedict Option (2017), Rod Dreher writes, “At the risk of sounding grandiose, I also want to express my gratitude for the life and work of Joseph Ratzinger, Pope Benedict XVI, who I consider the second Benedict of the Benedict Option.”1 This is not a random shout-out; the reason is pretty clear in Dreher’s introduction: “Pope Emeritus Benedict XVI foretells a world in which the church will live in small circles of committed believers who live the faith intensely, and who will have to be somewhat cut off from mainstream society for the sake of holding on to the truth.”2 Dreher’s book is an attempt to explore the practical dimensions of what this kind of intentional Christian living might look like. His prescription is “to create and support ‘parallel structures’ in which the truth can be lived in community,” with “common practices and common institutions that can reverse the isolation and fragmentation of contemporary society.”3 In particular, his recommendations focus on the renovation of three primary institutions of Christian living: the church, the family, and education.

Many of Dreher’s reviewers have objected to what they perceive as an agenda for withdrawing from cultural and political life, instead of seeking to maintain evangelistic connections and moral influence in the world. This is not what the book is about, and Dreher takes pains throughout to disclaim an agenda of cultural withdrawal. The central concerns of the book are (1) how Christians can save our own souls in the midst of a crooked and perverse generation, and (2) how on earth we are to raise our children in the faith.

These concerns are not unique to our time. As a theology teacher in postwar Germany, Joseph Ratzinger realized that European culture was becoming untethered from Christianity. “I had forty boys and girls before me who somehow participated well, but I knew that they heard the opposite at home. ‘But Daddy said you don’t have to take it so seriously’”, he recalls in Last Testament (2016). “We had a good youth ministry. But they all suffered inner conflict, too, because in their religiousity they somehow stood at odds with, were alien to, their own world.”4 This experience led to the writing of his 1957 essay “The New Pagans and the Church,” wherein he argued for more restrictive standards in the administration of the sacraments. Baptism, he wrote, ought not to be practiced merely as a European cultural habit, but as a sacrament entered into with sincere faith. The thesis of “The New Pagans,” which was received as controversial in its time, was much the same as Dreher’s: The world needs the church to be the church in a way that calls people into an authentically Christian way of living which is different from the way of the surrounding culture.

Raised a Catholic during the Nazi era, Ratzinger experienced this countercultural way of living during his formative years. He describes the way he encountered the faith through the witness of the church, his parents, and religious schooling—the three institutions that Dreher views as key to the preservation of the faith in our time.

Ratzinger entered the diocesan ‘seminary’ in Freising (essentially a Catholic high school) at age 12 in 1939, and was educated there for four years before being conscripted in 1943. Thus, the most crucial years of his youth were spent under explicitly religious instruction in the shadow of Nazism. Ratzinger recalls how in school he and his fellow students followed with approval the reports of Munich’s “White Rose” student resistance group, who distributed anti-nazi leaflets in an attempt to arouse the German conscience.

Although the church was not engaged in explicit resistance to the regime, officials saw Munich’s Cardinal Faulhaber as an opponent of the ideology of the new German Volk. Ratzinger and his seminary peers were all too aware of the difference between what they were being taught as Catholics and the officially sanctioned ideology of the German state. “We experienced a time,” he writes, “in which the ‘new Reich’, German mythology, Germanism, were the great things, and Christianity was something contemptible, particularly Catholic Christianity, because it was Roman and Jewish. You knew every day that you were endangered. As long as you had to fear that the Third Reich could win, it was clear that everything, all of life, would then be destroyed.”5

The influence of Ratzinger’s parents on his faith formation is also important. Although his father was not one for musing on matters of church doctrine, “he knew we had good guidance, and that we would not forsake the spiritual foundation, prayer and the sacraments. That was decisive for him.”6 Ratzinger’s father was clearly a great influence on his children, through his example of sincere, lived faith. “The level-headed piety especially, which he lived the faith with and with which he was really imbued, all that was very significant for me.”7 With the blessing and encouragement of their parents, Joseph and his brother Georg grew up to be ordained as priests, and their sister Maria also served the church.

Ratzinger’s upbringing is really quite similar to what Rod Dreher recommends in The Benedict Option. There is the dynamic of a surrounding culture which is incompatible with and increasingly hostile to Christian belief. There are the faith-mediating institutions of the family, church, and Christian schooling, which persevered contrary to the Nazi current. In these contexts there is the influence of the liturgy, pious devotion, and consistent Christian teaching, as well as an at times explicitly understood resistance to the wider German cultural program. In short, this was the milieu which produced the man Dreher regards as the “second Benedict” of the “Benedict Option.”

The only disputable question at this point is: what world are we living in today—the 1950s world of “The New Pagans,” or the 1930s world of Ratzinger’s childhood? I am inclined to agree with Dreher’s belief that our culture is shifting from a position of ignorant worldliness to one of open hostility to Christianity, and that we are facing, or may soon face, a crisis. But regardless of the situation, the prescription is the same. We need to emulate the “Ratzinger option” if we hope to raise children with strong, authentic faith.

(2) Ibid, 4. Dreher is probably referring to a 1969 address Ratzinger gave on German radio, “What Will the Church Look Like in 2000?”, in which he said that by the 21st century the Church would become smaller and poorer but that it would also emerge more “spiritual” and pure. 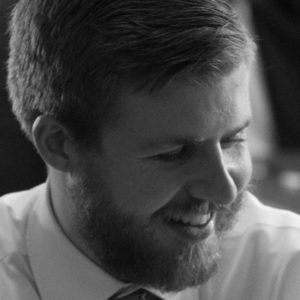 Peter Schellhase grew up in a nondenominational church but is now a bemused Anglo-Catholic Episcopalian. He lives in Northern Virginia with his wife and daughter, where he serves in various roles at a local church and works as a writer and editor for Home School Legal Defense Association.

Because of joy I am exposed