There is no need to obscure or deny what everyone already knows, either subconsciously or plainly, to be ominously true; the idea of persecution is terrifying and intimidating. It is something we often relegate to the realm of “super-Christians.” Persecution, at least in this context, is not the occasional slighting comment made in our direction or the under-the-breath mutterings we hear when we espouse Christian convictions in the course of conversation. In consideration of this sort of persecution, we flatter ourselves with the certainty that we could easily withstand such rejection or disapproval. In this discourse, I mean to address the great, hulking brother to this mild ostracizing that strikes terror, cold and acute, into this comfortably raised, middle class, American heart. This is the stuff of antiquity-burnings, torture, dismemberment, and the like. From the earliest age, I’ve marveled at how anyone could possibly endure such atrocities, much less do so with grace, dignity, and forgiveness intact. Admittedly, I assumed myself to be incapable of ever bearing it. I knew for certain—my wise parents made sure I knew well—that being a follower of Christ entails, among many things, a promise of suffering. Jesus himself clearly shared that the cost of being his disciple was no trivial oblation: “If any man will come after me, let him deny himself, and take up his cross, and follow me. For whosoever will save his life shall lose it: and whosoever will lose his life for my sake shall find it.” Nothing lies beyond his prerogative to alter or revoke—neither life, nor family, nor livelihood, nor friends.  So easy it is to accept this fact, until the mild vexations of minimal sacrifice and persecution cross the threshold to actual pain.

Thankfully, we Americans are privileged to have been raised in a nation in which freedom to worship has been respected from its inception. Two hundred years ago, when my predecessors arrived here from Scotland, they would not have had to prepare themselves for violent opposition to their Christian faith as they made their abode in the newly minted United States. The winds of change have blown intensely over the past century, however, and the impending persecution facing Western Christians is advancing nearer and nearer by the day. It is not inconceivable that we may, in our lifetimes, be presented with the opportunity to “bear in our bodies the marks of the Lord Jesus,”  as our brothers and sisters in the Middle East, Asia, and Africa are doing even at this moment, at the hands of their own governments, Islamic terror groups, and other oppressors.

When we realize that persecution is impending, the first impulse one feels, behind a general sense of distress, is to strategize our approach to dealing with it. We trouble ourselves as to whether or not we shall be able to withstand the pain—whether or not we can, in the moment of trial, stand firm in our convictions or if we will shrink away in cowardice, denying our Savior and Lord. We dread the suffering and we ponder how we can best prepare ourselves to shoulder such a load—one to which none of us are accustomed. Is there any real way to prepare ourselves, either physically, emotionally, or spiritually, for corporal suffering? Perhaps this is the wrong question to ask.

In her book, The Hiding Place, Corrie ten Boom recounts a memory from her girlhood in which her father, seeing his young daughter terrified by the prospect of death, asked her this question, “Corrie, when you and I go to Amsterdam—when do I give you your ticket?” To which she replied, “Why, just before we get on the train.” “Exactly. And our wise Father in heaven knows when we’re going to need things, too. Don’t run out ahead of Him, Corrie. When the time comes that some of us will have to die, you will look into your heart and find the strength you need—just in time.” Jesus told his disciples in Mark 13:11, “But when they shall lead you, and deliver you up, take no thought beforehand what ye shall speak, neither do ye premeditate: but whatsoever shall be given you in that hour, that speak ye: for it is not ye that speak, but the Holy Ghost.” Christ promises to give us the measure of the Holy Spirit and of grace that is necessary in just the moment when it is needed. In which case, we need not fret over what might become of us, nor strategize our methods of coping with the unknown future, as the promise of his provision will be more than enough in that hour.

There are, however, things that we can begin to do now which will serve us well in bearing suffering when it comes—though it must be noted that these things are not done with the primary intention of preparing for persecution—they are instead performed as a routine part of the well-lived Christian life. They are, put very simply: Ora et labora. Pray and work. Cultivate a relationship with the Lord Jesus through prayer and devotion. Practice full obedience to his commands in laboring for his Kingdom. When an athlete registers him or herself to run a race, he or she does not spend their time ignoring the impending race day and neglecting the proper training necessary to run with excellence and endurance. Rather, he or she (hopefully) invests hours in preparing his or her body to bear up under the strain to which it will be subjected on the appointed day. Similarly, when we became Christians, we signed up, so to speak, for persecution. We would be foolish to procrastinate in learning obedience, hearty prayer, and other disciplines necessary to manfully bearing suffering until the dreaded circumstance arrives. As we have already established, we are promised beforehand the sustenance necessary to endure pain and persecution, but if our daily walk with the Lord, cultivated through the prior years, is characterized by labor, sacrifice, devotion, obedience, and intimacy with him on a daily, not a situational, basis, we will be better prepared to keep the faith in the face of opposition. Because these disciplines are so invaluable in weathering seasons of persecution, it is certainly helpful if we have spent years developing them before suffering hits us full force.

How can we bear persecution with incredible joy, dignity, and grace—such that our oppressors marvel? One thing we are commanded to do in the course of our Christian walk, in addition to those mentioned previously, is to “seek those things which are above…set your affection on things above, not on things on the earth. For ye are dead, and your life is hid with Christ in God.” As a result of leading a devotional lifestyle, one’s heart affixes itself to things of eternal consequence, while counting earthly holds far less dear than heavenly ones. This attitude is one that has fortified our brothers and sisters in Christ from the past—as well those suffering in diverse places around the world today—to go to their imprisonments and even executions with the composure, the hope, and the joy that we see exemplified in the martyrdoms of Perpetua and Polycarp, all the way to Dietrich Bonhoeffer and Jim Elliot. In renewing our minds to value “treasure in heaven” rather than “treasures on earth,” we are preparing ourselves to inherit the Kingdom of Heaven, and, concomitantly, to endure persecution during our comparatively brief sojourn on earth. The Apostle Paul writes in 1 Corinthians 4:17-18, “For our light affliction, which is but for a moment, worketh for us a far more exceeding and eternal weight of glory; while we look not at the things which are seen, but at the things which are not seen: for the things which are seen are temporal; but the things which are not seen are eternal.”

In conclusion, though persecution is difficult and painful, it is not impossible to bear, as Paul attests, “ I can do all things through Christ which strengtheneth me.” The same man who wrote these words recorded his afflictions thus: “in stripes above measure, in prisons more frequent, in deaths oft.  Of the Jews five times received I forty stripes save one. Thrice was I beaten with rods, once was I stoned, thrice I suffered shipwreck, a night and a day I have been in the deep.” If it was possible for Paul to bear these things by the sustaining hand of God, might it not be possible for us to do so as well? The awareness of our weakness should be no crippling force, for does not our God say, “My grace is sufficient for thee: for my strength is made perfect in weakness?” Instead of indulging in apprehension leading to fear regarding our ability to respond rightly in the face of persecution, let us focus on those things that are commanded us in the Scriptures—to pursue a relationship with our Lord, to serve him faithfully, and to live in the light of eternity, primarily so that we may be faithful Christians—and, if the situation calls for it—faithful martyrs. 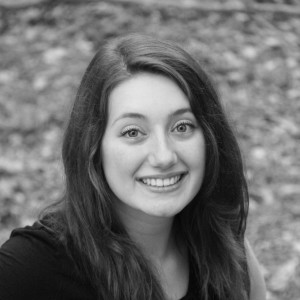 Alyssa was born and raised in a Christian home in the beautiful state of North Carolina. After being homeschooled from kindergarten through twelfth grade, Alyssa is now a senior at Thomas Edison State University where she is pursuing a BA in Communications. She most closely aligns herself with Reformed Baptist beliefs, with a dash of Calvinism thrown in, although she would rather be labeled as a Christ-follower than anything else. She hopes to pursue a career involving research, writing, and ministry. When not reading, writing or studying the Bible, you can probably find her playing harp or piano, singing, hiking, and loving on her eight wonderful younger siblings. ~Revelation 21:1-7~

The Shadow of the Sacred

The Desecration of St John’s

The Pun That Saved Britain