As I thought about writing this book review, I realized that I couldn’t write it as only a typical book review. Every so often books are published that represent significant paradigmatic evolution within a culture or discourse. Courtship in Crisis: The Case For Traditional Dating by Thomas Umstattd Jr. is one such book. I feel this post could reasonably be titled “How Courtship in Crisis Has Changed The Christian Matrimonial Discourse as We Know It.” Courtship in Crisis represents a significant shift of perspective in the existing Christian discourse on the pursuit of godly matrimony. A thorough review of Courtship in Crisis must include commentary on its significance in light of its current literary-cultural environment.

Up to this point, the existing Christian literature concerning godly pursuit of romance and matrimony has either (1) provided instruction on how to date in a godly and wise manner and encouraged as much, (2) claimed that dating ought to be completely discarded by Christians while Christian Courtship, an alternate social structure for the pursuit of romance and marriage, should be used instead, or (3) defended godly dating in light of the claim of #2. The debate between dating and Christian Courtship has existed for nearly twenty-five years, when proponents of courtship began espousing the structure in the early nineties. Since then, while proponents of godly dating have had numerous challenges to answer from critics, courtship has experienced a largely uncriticized incumbency as a popular Christian alternative to dating. Indeed, courtship has been praised by numerous Christian authors as biblical, godly, and pious, positively presented in the lives of the Duggar family in the hit TLC series “19 Kids and Counting,” and, at times, been touted as “God’s way” for romance. However, some haven’t been so enthusiastic about courtship. A number of blog posts, such as those by Darcy, ElisaM, and Elizabeth Esther leveled serious criticisms at courtship based on the authors’ personal experiences. These posts, however, have continued to exist largely marginalized. Their criticism of courtship, though worthy of attention, simply can’t compete with the cumulative millions of copies of books sold that support Courtship. However, the birth of Courtship in Crisis announces that criticism of courtship has reached a critical mass. Criticism of courtship and its alleged flaws now has concrete representation within Christian literature. Courtship in Crisis is the first book of its kind inasmuch as it charges courtship with being inherently flawed and liable to produce harmful effects in the lives of its adherents and encourages individuals to discard courtship for traditional dating.

Umstattd has organized Courtship in Crisis into three parts. In Part One, he begins by exploring the crisis he sees within the courtship culture. Umstattd shares his personal story of how his previous dedication to courtship structure left him with only a painful ended relationship, much emotional fallout, and difficulty finding a more sound path toward marriage. He continues to argue that his sort experience is not uncommon with Christendom and that many Christians are failing to marry as a result of obstacles and hindrances created by courtship structure. In chapter two, Umstattd provides a history of matrimonial practices, more for perspective than critical argument. Chapter three contains a review of the harmful effects of what Umstattd calls “Modern Dating,” which is unethical and destructive dating practices commonly found in modern secular (and often Christian) dating. Chapter four contains Umstattd’s pioneering work, in which he systematically documents in print, for the first time ever, flaws and weaknesses inherent to courtship’s social structure. He explores a number of characteristics of courtship that he argues cause courtship to discourage pairing, make the matrimonial process complex and intense, reduce personal understanding of self and who would be an ideal marital match, and promote prolonged years of singleness through highly reduced odds of finding a significant other. Chapter five contains Umstattd’s thoughts on the dangers of the purity culture that has typically accompanied courtship culture.

Part Three contains Umstattd’s final supporting thoughts. In chapter nine, Umstattd discusses why he believes switching from courtship to traditional dating structure will help individuals move from patterns of discouragement, isolation, and prolonged singleness to hope, positive contact with the opposite sex, and satisfying pairing. He also includes a number of practical tips to help individuals break from patterns of fear and discouragement as they get started in traditional dating. Chapter ten contains a valuable Q&A section in which Umstattd responds to fifteen practical and critical questions he received from real people concerning courtship and traditional dating. Chapter eleven is Umstattd’s final letter of appeal to the reader to give traditional dating a chance and help spread the message that it offers a positive alternative to a discouraging adherence to dourtship.

Umstattd writes in a casual, conversational tone that makes the book feel personal and inviting. Most important, perhaps, is that the tone will feel welcoming to the younger reader. However, while Umstattd writes with a casual feel, his message is clearly supported by substantial hours of research and study. Citations are scattered throughout the pages, supporting various factual claims. I appreciate the sensible organization of the book and chapters, which creates easy-to-follow progression of thought and argumentation. Umstattd’s history of participation in scholastic debate shows as he anticipates and responds to numerous objections that naturally emerge from the courtship perspective. Though Umstattd provides diligent argumentation, the book also remains fully human. Umstattd’s candor in sharing his personal story of pain and his journey toward healing along with those provided by others will invite the reader to identify with experiencing difficulty with courtship and desiring an alternative. Umstattd’s documentation of stories of personal harm through following courtship structure is itself pioneering as no one up to this point has succeeded in doing so. Books critical of dating often buttressed their arguments with anecdotes of dating gone wrong. Umstattd’s anecdotal documentation of courtship gone wrong will provide a more balanced perspective to the debate. One weakness of Courtship in Crisis is that, while it introduces criticism of courtship to the literary pool, it doesn’t make an exhaustive examination of the of flaws of courtship since it’s designed to provide practical help for the reader who wants to trade courtship for an alternative. I expect many courtship proponents and adherents will remain unconvinced that courtship should be discarded entirely and will respond with their own criticisms of Umstattd’s arguments. Has Umstattd made a sufficient case for discarding courtship in favor of traditional dating? The reader must decide. Even for those who continue to court, Umstattd’s work will certainly promote awareness of how individuals have suffered harm while utilizing courtship structure and enable others to be better alerted to a similar possibility.

One very significant question that only time can answer is on how large a scale Courtship in Crisis will impact the Christian matrimonial culture. The book debuted on August 1st, 2015, putting it at present in its literary infancy. It remains to be seen how many people will read and spread its message. Before writing Courtship in Crisis, Umstattd published a blog post entitled “Why Courtship is Fundamentally Flawed,” which concisely expressed Umstattd’s doubts about Courtship. The post went viral on a pandemic scale, receiving over a million shares in less than a month across every country of the world (except North Korea). The resonance of the post suggests there are many people frustrated with Courtship and Courtship in Crisis may be on the verge of massive popularity. Only time will reveal how many minds and lives are impacted by Courtship in Crisis and how greatly it will alter our Christian matrimonial culture.

I’ve already written about how I consider the whole “Dating vs. Courtship” debate to be a big exercise in missing what really matters in Christian matrimony. However, I’ve been excited for the release of Courtship in Crisis as I feel it moves the Christian matrimonial discourse in a positive direction. For some time I’ve considered the existing literature on the subject to be imbalanced with much criticism of dating structure and no criticism of Courtship structure. The debate will continue, with each proponent lobbying for and each romantic adhering to his or her chosen social structure. But Courtship in Crisis has inaugurated a new era in our Christian matrimonial discourse. Each Christian person, family, and church community will have the opportunity to consider how he, she, or they pursue matrimony with broader perspective and greater awareness. I would even encourage courtship enthusiasts to read Courtship in Crisis, if not in the interest of challenging the soundness of the use of courtship in one’s own life then at least in the interest of understanding one’s opponent’s arguments.

While the degree of the impact of Courtship in Crisis remains to be seen, two things are already certain. First, the days in which courtship enjoyed preaching its doctrines with impunity are over. Second, agree or disagree with the book, for every young person hoping to navigate the realm of Christian matrimony and one day marry, every parent desiring to teach his or her children how to do so wisely, and every pastor attempting to instruct parents and youth in as much, Courtship in Crisis is a must-read.

You can download a sample chapter and purchase Courtship in Crisis in paperback or Kindle formats here. 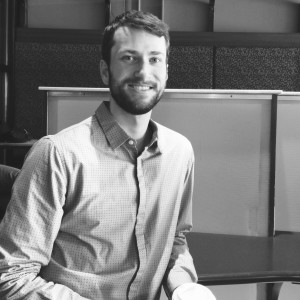 Justin Megna is a blogger and speaker on the subject of Christian romance. He graduated from the University of Valley Forge with a BA in Pastoral Ministry. View more of his writings on Christian romance at thatcrazychristianromance.wordpress.com.

A Heart Is a Terrible Thing to Mind

Of Weddings and Little Promises