The Book of Job and the Dangers of Certainty

My idea of God is a not divine idea. It has to be shattered from time to time.
– C. S. Lewis, A Grief Observed.

Too often, I come across fellow Christians who exude a sort of theological swagger, a sophomoric arrogance about correct beliefs and proper doctrine. Though they might not say as much, they hold themselves up as self-proclaimed arbiters of the faith. A reasonable conviction, belief, doctrine, or theology, according to the arbiters, is one they can accept. To be right is to be compelling, and failing to convince is akin to being wrong. They boast “reason is on my side” or “the church fathers are on my side,” or (my personal favorite) “the Bible is clear.” But is it? Did not the disciples themselves struggle to understand Christ’s message (i.e. Luke 18:34, 24: 25-32)? Do the literal thousands of denominations not suggest otherwise? If the Bible is so clear, why do we need commentaries and seminaries? Why do we bemoan pastors who lack sufficient theological training? How can individuals as drastically different as Ken Hamm and Peter Enns claim to read the same book? How can an “unassailable steady fortress” manage to provide convincing arguments both for and against slavery?

Go back in history as far as you’d like and you will find two people disagreeing about the meaning of God’s Word, each party “certain” of what they know (i.e. Gen 3:1-5). This is because one never just reads God’s Word; one interprets God’s Word through the lens of his or her own experience. The obvious conclusion, it seems to me, is that the Bible is not a book of indubitables. And even if it were, it does not necessarily follow that we can know these indubitables indubitably, which brings me to the point of this article: hold your beliefs lightly, lest your capacities for love be hindered by your own unwillingness to allow the experience of others to inform your beliefs about the world and about God. This God-given lesson is on full display within the pages of Job.

The Book of Job is, among other things, a poetic call to trust in God rather than in carefully constructed theological systems. Job’s friends were “certain” of his guilt in perhaps many of the same ways you might be “certain” of the preservation of the saints or the sinfulness of homosexuality. Indeed, Job’s friends, despite what some might claim, were not haphazard in their shared conclusion of Job’s sinfulness. They reached their conclusion in much the same way you and I reach conclusions. They appealed to personal experience (Job 4:8), the wisdom of their predecessors (Job 8:8-10), and their own capacities for reason (Job 32:9-10). They even appealed to special revelation (Job 4:12-13). Yet despite all this, they were wrong: Job was not sinful (Job 1:8). How could this be? The self-proclaimed arbiters were certain; all the evidence was on their side.

The Book of Job contains many lessons, but chief among them is the Joban poet’s apparent rebuke of human certainty—or, if not certainty itself, the posture of certainty that leads one to criticize when they instead ought only listen and, perhaps, learn. It is a word of warning against those who would champion their own beliefs as unassailable. It is, as I see it, among other things, a royal decree that certainty is reserved to the divine. Consider the heavenly host who, after patrolling the earth and watching everything that was going on, was “certain” Job had been obeying God only because he believed his good would be repaid with good (Job 1: 7-11). The “certainty” of the Accuser led him to boast a type of knowledge—knowledge that as the story would soon reveal, God alone possessed (Job 42:7).

This issue is not unique to the Book of Job. We see echoes of the Joban narrative, for example, every time a Calvinist’s theology stops him from saying—with sincerity and free from equivocation—“God loves you.” The shadows of Bildad, Eliphaz, and Zophar come to life every time a man denies God’s call on a woman to vocational ministry. The Joban narrative is displayed in every pastor and chaplain who refuses to share with a grieving widow the very real possibility of posthumous opportunities for salvation. Make no mistake, when you express these sentiments, you place yourself in the company of Job’s friends and you share in their rebuke.

Why do we do these things? As I see it, humans are fragile: the possibility of being wrong scares us, and because we, at times, confuse our faith in God with our beliefs about God, we cannot allow ourselves to be anything but certain. We believe our faith depends on it. In this upside-down world, the world of the arbiter, our being wrong somehow makes God’s Word wrong. What a heavy burden that must be.

A challenge to the arbiter in us all: allow the Joban poet to free you from the burden of certainty. You might feel awkward or insecure but do not worry. Your faith has never been about your certainty; faith, rather, has been about your trust.

Trust in the LORD with all of your heart, and do not rely on your own insight.
– Proverbs 3:5 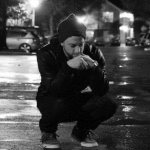 In Defense of Passing the Collection Plate

The Book of Job and the Dangers of Certainty