The Christological controversies of the early Church are simultaneously some of the most fascinating and frustrating events of Christian history. At the third of the four great ecumenical councils—Ephesus, in 431 AD—the theologies of Cyril of Alexandria and Nestorius of Constantinople squared off concerning the makeup of the person of Christ. The heart of this debate was whether there were two distinct persons (divine logos and human) within the incarnate Jesus Christ, or if the persons were somehow joined in a unified, single personhood.

The Patriarch of Alexandria, Cyril, made his life’s work the opposition of Nestorius (Patriarch of the rival see of Constantinople and a student of Theodore of Mopsuestia). Appointed as Patriarch by Emperor Theodosius II, Nestorius soon began a zealous program of rooting out heresy and schism within the church. Controversy soon erupted, however, when Nestorius supported his chaplain, Anastasius, when he preached against use of the term theotokos (God-bearer) for Mary, viewing that term as loaded with Apollinarian meaning.

Cyril responded to Nestorius’ statements by arguing that to call Mary other than the “Mother of God” would be to separate the persons within the incarnate Christ, making Jesus Christ one person with two distinct and separate persona within him. For Cyril, in Christ there was “union, in the sense that there is only one hypostasis [person], that of the Logos, which has assumed a whole and complete humanity.” Key for this Alexandrian Christology was the unity of the divine and the human within Christ himself, although each nature remains distinct. By implication, this means that God and man were fully united in the womb, thus enabling Christians to rightly call Mary the “Mother of God.”

To resolve this question, Theodosius II called a council at Ephesus, which unfortunately met in two different groups, one which was pro-Cyril (and condemned Nestorius) and another which was pro-Nestorius (and condemned Cyril). By 436 AD, however, Nestorius had been permanently exiled to the Upper Nile region of Egypt, where he later died. Prior to his death, Nestorius wrote a book in which he agreed with the orthodox view of Christ’s persons as outlined in Pope Leo’s Tomus ad Flavianum, raising questions about his personal orthodoxy which remain to this day.

In today’s podcast, we hear the “Epistle of Cyril to Nestorius,” in which Cyril outlines his central Christological claims and responses to what he understood as the Nestorian position on the relationship between the divine and the human in Christ.

To the most religious and beloved of God, fellow minister Nestorius, Cyril sends greeting in the Lord.

I hear that some are rashly talking of the estimation in which I hold your holiness, and that this is frequently the case especially at the times that meetings are held of those in authority. And perchance they think in so doing to say something agreeable to you, but they speak senselessly, for they have suffered no injustice at my hands, but have been exposed by me only to their profit; this man as an oppressor of the blind and needy, and that as one who wounded his mother with a sword. Another because he stole, in collusion with his waiting maid, another’s money, and had always laboured under the imputation of such like crimes as no one would wish even one of his bitterest enemies to be laden with. I take little reckoning of the words of such people, for the disciple is not above his Master, nor would I stretch the measure of my narrow brain above the Fathers, for no matter what path of life one pursues it is hardly possible to escape the smirching of the wicked, whose mouths are full of cursing and bitterness, and who at the last must give an account to the Judge of all.

But I return to the point which especially I had in mind. And now I urge you, as a brother in the Lord, to propose the word of teaching and the doctrine of the faith with all accuracy to the people, and to consider that the giving of scandal to one even of the least of those who believe in Christ, exposes a body to the unbearable indignation of God. And of how great diligence and skill there is need when the multitude of those grieved is so great, so that we may administer the healing word of truth to them that seek it. But this we shall accomplish most excellently if we shall turn over the words of the holy Fathers, and are zealous to obey their commands, proving ourselves, whether we be in the faith according to that which is written, and conform our thoughts to their upright and irreprehensible teaching.

The holy and great Synod therefore says, that the only begotten Son, born according to nature of God the Father, very God of very God, Light of Light, by whom the Father made all things, came down, and was incarnate, and was made man, suffered, and rose again the third day, and ascended into heaven. These words and these decrees we ought to follow, considering what is meant by the Word of God being incarnate and made man. For we do not say that the nature of the Word was changed and became flesh, or that it was converted into a whole man consisting of soul and body; but rather that the Word having personally united to himself flesh animated by a rational soul, did in an ineffable and inconceivable manner become man, and was called the Son of Man, not merely as willing or being pleased to be so called, neither on account of taking to himself a person, but because the two natures being brought together in a true union, there is of both one Christ and one Son; for the difference of the natures is not taken away by the union, but rather the divinity and the humanity make perfect for us the one Lord Jesus Christ by their ineffable and inexpressible union. So then he who had an existence before all ages and was born of the Father, is said to have been born according to the flesh of a woman, not as though his divine nature received its beginning of existence in the holy Virgin, for it needed not any second generation after that of the Father (for it would be absurd and foolish to say that he who existed before all ages, coeternal with the Father, needed any second beginning of existence), but since, for us and for our salvation, he personally united to himself an human body, and came forth of a woman, he is in this way said to be born after the flesh; for he was not first born a common man of the holy Virgin, and then the Word came down and entered into him, but the union being made in the womb itself, he is said to endure a birth after the flesh, ascribing to himself the birth of his own flesh. On this account we say that he suffered and rose again; not as if God the Word suffered in his own nature stripes, or the piercing of the nails, or any other wounds, for the Divine nature is incapable of suffering, inasmuch as it is incorporeal, but since that which had become his own body suffered in this way, he is also said to suffer for us; for he who is in himself incapable of suffering was in a suffering body. In the same manner also we conceive respecting his dying; for the Word of God is by nature immortal and incorruptible, and life and life-giving; since, however, his own body did, as Paul says, by the grace of God taste death for every man, he himself is said to have suffered death for us, not as if he had any experience of death in his own nature (for it would be madness to say or think this), but because, as I have just said, his flesh tasted death. In like manner his flesh being raised again, it is spoken of as his resurrection, not as if he had fallen into corruption (God forbid), but because his own body was raised again. We, therefore, confess one Christ and Lord, not as worshipping. a man with the Word (lest this expression with the Word should suggest to the mind the idea of division), but worshipping him as one and the same, forasmuch as the body of the Word, with which he sits with the Father, is not separated from the Word himself, not as if two sons were sitting with him, but one by the union with the flesh. If, however, we reject the personal union as impossible or unbecoming, we fall into the error of speaking of two sons, for it will be necessary to distinguish, and to say, that he who was properly man was honoured with the appellation of Son, and that he who is properly the Word of God, has by nature both the name and the reality of Sonship. We must not, therefore, divide the one Lord Jesus Christ into two Sons. Neither will it at all avail to a sound faith to hold, as some do, an union of persons; for the Scripture has not said that the Word united to himself the person of man, but that he was made flesh. This expression, however, the Word was made flesh, can mean nothing else but that he partook of flesh and blood like to us; he made our body his own, and came forth man from a woman, not casting off his existence as God, or his generation of God the Father, but even in taking to himself flesh remaining what he was. This the declaration of the correct faith proclaims everywhere. This was the sentiment of the holy Fathers; therefore they ventured to call the holy Virgin, the Mother of God, not as if the nature of the Word or his divinity had its beginning from the holy Virgin, but because of her was born that holy body with a rational soul, to which the Word being personally united is said to be born according to the flesh. These things, therefore, I now write unto you for the love of Christ, beseeching you as a brother, and testifying to you before Christ and the elect angels, that you would both think and teach these things with us, that the peace of the Churches may be preserved and the bond of concord and love continue unbroken among the Priests of God. 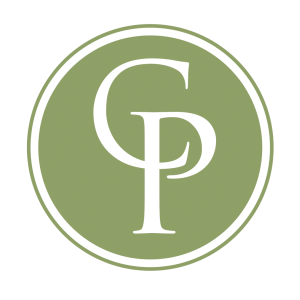 Writings of the Church Fathers

Conciliar Post reads and records the Writings of the Church Fathers in order to promote familiarity with early Christian writings.

“Star Wars” and the Immanence of Myth

Gospel of the Lord | Book Review