Against my better judgment, but because it’s irresistible fun, I have written on theonomy again. This time, in a symposium for London Lyceum. My contribution is a refutation of the common theonomist claim to the New England Puritans. It is long but I still, if you can believe it, was not able to include everything I wanted to.

One point that would have been out of scope for that argument is that, in a sense, theonomists commit a similar error to that of Roman Catholics, insofar as they proffer improper universals. On the one hand, Roman Catholics assert a geographically comprehensive authority via their magisterium. I realize the dynamics I refer to are complicated but, in theory, the doctrinal promulgations of the Roman church are intended to transcend spatial boundaries which limit other wings of the Western church that function absent a pontifical authority. This scope and practice of authority in incongruous with Protestant ecclesiology, obviously. But theonomists commit an analogous error by asserting universal applicability of the Mosaic civil code when the tradition (Protestant and Roman) insists the non-universality of the same.

To demonstrate what I mean, I will borrow from Richard Baxter’s Second part of the nonconformists plea for peace being an account of their principles about civil and ecclesiastical authority and obedience (1680), an obscure text to most. Baxter is methodical therein on many interrelated themes. One chapter in particular is relevant to our present inquiry: “Of God’s Government and the perfection of his Laws, and of men’s Additions.”

On this, as with so many other topics, Baxter’s reasoning is crisp but not brisk. He leads the reader methodically from premise to premise and, finally, to the inescapable conclusions baked into the equation.

To begin with the obvious, God alone is the “Absolute Universal Rector of all mankind.” He, therefore, possesses a singular “power of universal Legislation… of making Laws obligatory to all mankind.” These laws are known variously by nature and Scripture. It follows, too, that only God can “make due everlasting Rewards or Punishments,” only he can promulgate universal duties.

Now, just because only God can enact universally binding obligations does not mean that other particular obligations do not exist. “It belongeth not to Gods [U]niversal Laws to command in particular all that ever shall become a Duty to particular persons, to the end of the world.”

“As the particular case of Countries, persons and things do vary, so many things may be one man’s duty that are not another’s, and a duty at one time, and in one place, which are not so in another: which therefore were not to be particularly determined in an [U]niversal Law; but only General Laws given for their future determination.”

“It belongeth to the sufficiency and perfection of Gods Laws, to determine of all things in specie (or particularly) which as moral means are [U]niversally necessary to the good of all mankind (whether greater or lesser good) in all times or places of the world. And to make all that Duty for men, which shall be Universally duty to all the world; and to forbid all that evil which shall be sin Universally to all.”

Baxter’s first conclusion from these premises is that

“It is usurpation against the Right and Laws of God and of Jesus Christ, for any either Person or Collective body, Prince, Pope or Council, to claim an Universal Soveraignty [sic] over all the persons, Kingdoms or Churches in the world. For as none of them are naturally capable of such a trust, as to the exercise, so de facto God hath not committed such a Soveraignty [sic] and trust to any personal or collective Vicegerent under Christ. Therefore they accuse God’s Laws of Imperfection, who say that he hath left out any thing (both in Nature and Scripture) which is of universal necessity, or which man may make to become a duty by any one Universal Law.”

This not least because “no man may do that which either importeth that they have the same Power in that Church or Kingdom as Christ hath.”

Christ has “determined” certain particulars “and so not left for man to do (unless as the executioners of his Laws, repeating them by commanding that they be practiced).” In other words, Christ has applied or fitted authoritatively certain aspects of the higher law of the divine essence, the eternal law, to man’s condition and circumstances to universal effect. Those aspects which have not been so determined by Christ cannot be said to be universal in their particulars but only as to their adherence to the general universal laws of justice, “holy love,” and worship to God.

In some detail, Baxter then outlines the non-negotiables, so to speak, handed down by the law of God for the church, citing chapter and verse throughout. The articles of faith “necessary to Salvation,” that “God shall be worshipped publickly [sic] in solemn Assemblies,” the qualifications of ministers, that baptism “shall be the door into [Christ’s] Church” and that it is a sacrament, and more are listed by Baxter as universals for all churches everywhere.

“Christ by his spirit in his Apostles hath separated the Lord’s day, the first day of the week, to be the weekly stated day for the sacred Assemblies for the publick[sic] worshipping of God: As Scripture and Church history fully prove.”

“There are abundance of Actions subordinate to these, being but the right modifying and circumstantiating of them, which may be called Worship and secundary [sic] diminutive sense… which as to these Worship-ordinances are but Adjuncts or modes; which God hath not commanded in particulars; but given general Laws for the performance of them, requiring men themselves to choose and use them prudently, not as they will themselves but according to these General Laws: And such an act of man is no sinful addition to the Laws of Christ.”

It is no coincidence that immediately after this paragraph, Baxter declares that “Christ hath taken down the Judaical Law of Moses,” and that “No man hath any authority to make Laws about God’s worship, but what Christ hath given him; he being now made the Universal King.”

For Baxter, these conclusions yield further results. First, “Christ hath declared it to be against his mind and Law, that unnecessary Laws and burdens in Religion should be made for and laid upon the Churches (Acts 15:28).” Second, and this is key,

“To invent and command new publick [sic] worship-ordinances (either as in God’s name or their own) which are not the meer [sic] commanded modifying and ordering of God’s own worship-ordinances, but as to the Nature, use and Reasons of them, are coordinate or of the same kind, and which have no peculiar usefulness to our age or people more than to another; nor any new reason for them but what was extant at the making of Gods Laws; so that though the Imposition be not universal, yet there is none but an universal reason for that imposition; this seemeth to us to be an accusation of Christs Laws of omission and defectiveness, and an Usurpation of his Legislative power.”

Ordinances which are predicated on a rationale for obligation and obedience which cannot be lodged in anything other than universal applicability according to the scope of their claim and obligation are, therefore, invalid (assuming they are determinations of men and not God by nature or Scripture). To say otherwise would be to imply inadequacy in revelation pertaining to universals.

“To add more doctrines or articles of faith, which God hath not revealed in nature or Scripture, and to require belief or profession of belief of them, as to the pleasing of God, or any religious ends, doth seem to us an Usurpation, and an unjust accusation of God’s word as insufficient.”

Conversely, nothing which has been declared a universal can be denied or withheld from the church, e.g., preaching, prayer, the sacraments, etc.

The bottom line is that a non-universal particular presented as a universal is a violation both of Christ’s authority and an affront to the integrity of God’s revelation. This principle is true of all God’s commands, even that of love: “In some cases God hath laid some special charge on us by his own Law, which way first to exercise our Love: But where he hath not so done, the Greatest Good in the exercises of Love is to be preferred to a lesser.” In other words, where God has prescribed particular manifestations of the broader principle of love, we are all duty-bound to observe it. Yet, particular prescriptions cannot be assumed to be exhaustive of the underlying principle. Therefore, where God has not determined the application for us, we remain duty-bound to the higher principle but free according to prudence in its application in context. Another example would be that some particulars as to worship have been promulgated, but the “general precept of natural right” commands generally “order and decency” in worship practices. Necessity, too, may dictate our choices here; but where God has commanded nothing beyond mere order and decency, a man cannot assert a particular determination of order and decency in worship as universally binding.

Now, it is very clear that Baxter considers the nation (or kingdom) and corresponding national churches as the ceiling of jurisdiction, so that no man may claim higher authority—Baxter had some kind of idea in the Holy Commonwealth (1659) involving what we might term a pan-Protestant European Union or something in that vein. Any assertion of jurisdiction higher than the nation constituted an encroachment on Christ’s universal kingship. This is, of course, a shot at the papacy. For our purposes, we are more interested in how Baxter’s argument applies to theonomy.

In brief, we might say that theonomists, albeit drawing from Scripture, improperly assert non-universals as universals, a mistake not so different from the doctrine of papal infallibility as articulated in Pastor aeternus (1870). Certainly, argues the First Vatican Council, the Pope cannot contradict holy Scripture, but he can extend beyond it in promulgating universals (i.e., for the universal church) in infallible fashion. Similarly, theonomists glean non-universal particulars from Scripture itself and inappropriately assert them as binding universals, insisting their infallibility and, therefore, perfect, comprehensive applicability.

I will not rehash the mis-categorization vis-àvis the classical division of law (eternal, natural, divine, human) here. Suffice it to say, theonomists take particular applications of the natural law (i.e., human law) and apply them in all contexts, a misuse of that species of law—it simply cannot be done (see WCF 19.4). This, of course, springs from their hyper-literal, ahistorical hermeneutic. Baxter would not have tolerated it. Indeed, he was generally horrified by the radical millenarianism then cropping up during the English Civil War, mainly in the camps of Cromwell’s army. It was only fringe sects like Fifth Monarchists who championed a theonomic vision in the seventeenth century. Hardly mainstream for the tradition. In the end, functionally, theonomists differ little from Roman Catholics in their treatment of universals and particulars. It’s all strangely funny. 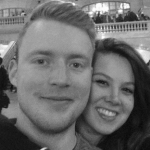 Cosmic Order and the Architecture Wars