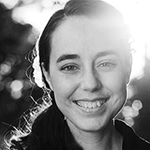 A few months ago, I wrote about why making the biggest, gayest wedding cake for the glory of God might not be the best way to love one’s gay neighbors. At the time, I understood that the gay marriage issue was in the home stretch. The writing was on the wall. Gay marriage was going to happen. I was all set to articulate the ways I believed we ought to respond to the change in

Freedom, I’m told, is the absence of tyranny. I realized one day that everybody’s got an idea of the kind of freedom they ought to have, mostly inaccurate. History and human nature proves that humans have a strange habit of running straight to tyranny at the least provocation. It’s because we’re mixed up about freedom.  Without comprehending tyranny in its worst form, no one will cling to real freedom. Real freedom isn’t doing whatever we

What God Ordains is Always Good

Some time ago, I cried myself to sleep many nights playing this song on my phone, holding it close to my ear. Several months before, I had experienced personal betrayal. The pain was real, and the breach remains unhealed to this day. But the song told me the truth. What I was experiencing was the best thing for my welfare, though it was difficult for me to believe what I knew to be factually true.

I have heard distant rumblings of war. According to my Facebook feed, there are a number of wars going on—the war on women, the war on marijuana, and the war on Christmas. In fact, it would seem that every time an ideological disagreement pops up, it gets couched in terms of war. The problem with this, of course, is that when everything is a war nothing is a war. So when a really big problem

Get Jesus, Get Happy

I asked my nephew once whether he thought God wanted us to be happy. His answer, not surprisingly, was a resounding yes. When I asked him why he thought that, he said, “Because it’s fun.” When I pressed him for more information, he got rather tired of the discussion and went off to play. After all, he was only five years old. I had a good chuckle. I even wrote a blog post about it

Some thoughts are too big for fiction and movies. I was thinking that when I watched God is Not Dead for the first time a few weeks ago. Yes, I put it off for as long as I possibly could. As much as I like to support Christian films (I am a film script writer, after all), I find that I cringe my way through many of them. Though there were some commendable points to

At times, I feel within me a burning conviction of the truth of something that is at once more difficult to put into words than the doctrines of my Christian faith yet as clear as crystal to my soul and my seat of “knowing.” When I feel this way, it is time to sit down in front of pen and paper and muddle through until I can capture a solid thought from the elusive world

It was early 2013, after a particularly stressful year, that I was at a friend’s house passing the time of day. As I got ready to leave, my friend looked strangely at the side of my head and then swooped in closer. “Amanda! You have a gray hair!” To my chagrin, I realized she was right. At the time, I was a mere twenty-seven years old—in my opinion, far too young for gray hairs. Since

The Destructive Kingdom of God

The Sermon on the Mount and Christian Ethics