Why We Call Mary the Mother of God

The title “Mother of God”  is given to Mary in both the Eastern (Orthodox) and Western (Catholic) Churches. Used by early Christian writers such as Origen, Athanasius, and Augustine, the title seems to have been well established and widely accepted prior to its formal proclamation in the 5th century. This title is important. “Mother of God” carries with it the full weight of Jesus Christ’s deity. Mary is the Mother of God because she bore a son named Jesus who was and is God. While this fact is agreed upon in Protestant circles, most Protestant Christians tend to call Mary the Mother of Jesus, and may be taken aback to hear here referred to as the Mother of God. Historically, we do see Mary called “Mother of Jesus” early on in the life of the church, but those who used this title for the Virgin were adamant that the one she bore was only a man, not God.

The third Ecumenical Council was called in A.D. 431 in the city of Ephesus. The reason: the Bishop of Constantinople was said to be propounding a strange doctrine, and deposing clergy that disagreed with him. Saint Cyril, Bishop of Alexandria, was charged by Saint Celestine, the Bishop of Rome, to look into the matter. After corresponding via snail mail with the Bishop of Constantinople, whose name was Nestorius, Saint Cyril concluded that the rumors were true. Both Cyril and Nestorius sent detailed accounts to Celestine. Cyril noted that they had yet to abstain from communion with Nestorius, but awaited the judgment of Celestine and the other bishops so that they could all hold a “firm sentence” with “one mind.”1

Informed by both sides, Celestine charged Cyril with a second task: to carry out the sentence against Nestorius with the power of the Pontifical See. In accordance with the will of Celestine, Cyril gave Nestorius ten days to repent of his error or suffer excommunication. Nestorius did not budge. This left Cyril with a problem: Nestorius was popular and had already deceived many. It would not take much for him to start an uproar. The entire empire, it seemed, was teetering on the brink of heresy. Because of this, neither Cyril nor Celestine relied on their own judgment, but wished to submit their judgments to the Universal Church. So an Ecuemnical Council was called, and all the Bishops gathered together in Ephesus to discern the truth in community and the Holy Spirit. Nestorius, however, did not show up.

The council convened with the reading aloud of Cyril’s and Nestorius’ letters. Cyril, having subjected his own judgments to the universal community—some of whom were more fond of Nestorius than him—inquired as to whether he had truly articulated the faith of the Apostles.

But what exactly did Nestorius believe? In contrast to the Orthodox, Roman Catholic, and Protestant articulation of Jesus Christ as one person in two natures, Nestorius claimed that Jesus Christ the man and the Divine Logos were two separate persons. Nestorius believed that Mary bore a only a human being who was overshadowed by the Divine sometime after his birth. For this reason, he refused to call Mary the Mother of God (Theotokos in Greek), and instead called her the Mother of Jesus (Christotokos). This belief also led Nestorius to deny that the second person of the Trinity suffered on the cross, claiming that it was only the man, Jesus, who suffered, and not God. It is believed that this doctrine of Christ was not Nestorius’ own invention but rather that he was influenced by Theodore Bishop of Mopsuestia (circa 428).

While Nestorius wanted to divide the Logos from Jesus, that is, divide the person of Jesus Christ into two separate persons—the Divine (Logos) and the Human (Jesus)—Saint Cyril insisted that Christ is not divided: Jesus Christ is one person in two natures. He wrote that Logos  “was incarnate and made man; that is, taking flesh of the holy Virgin, and having made it his own from the womb, he subjected himself to birth for us, and came forth man from a woman without casting off that which he was.”2 And that he “suffered for us in the flesh according to the Scriptures, and although impassible, yet in his Crucified Body he made his own the sufferings of his own flesh; and by the grace of God he tasted death for all.”3 But the mystery of the Incarnation goes even further than this; Saint Cyril links the importance of this topic with the Eucharist in a way that is worth quoting at length:

Proclaiming the death, according to the flesh, of the Only-begotten Son of God, that is Jesus Christ, confessing his resurrection from the dead, and his ascension into heaven, we offer the Unbloody Sacrifice* in the churches, and so go on to the mystical thanksgivings, and are sanctified, having received his Holy Flesh and the Precious Blood of Christ the Saviour of us all. And not as common flesh do we receive it; God forbid; nor as of a man sanctified and associated with the Word according to the unity of worth, or as having a divine indwelling, but as truly the Life-giving and very flesh of the Word himself. For he is the Life according to his nature as God, and when he became united to his Flesh he made it also to be Life-giving, as also he said to us: Verily, verily, I say unto you, Except ye eat the flesh of the Son of Man and drink his Blood. For we must not think that it is flesh of a man like us (for how can the flesh of man be life-giving by its own nature?) but as having become truly the very own of him who for us both became and was called Son of Man.4

Not only was the person of Christ at stake, but the entire structure of the Church, which is based on the centrality of the Eucharist.

After the reading of both letters, the Bishops agreed that Cyril had maintained the Apostolic Faith, while Nestorius had deviated from it.  Thus, the dispute at the third Ecumenical Council  in Ephesus in A.D. 431 was finally settled by 12 Anathemas proclaimed against Nestorius, the first of which reads:

If anyone will not confess that the Emmanuel is very God, and that therefore the Holy Virgin is the Mother of God, inasmuch as in the flesh she bore the Word of God made flesh [as it is written, ‘The Word was made flesh’]; let him be anathema.5

The council proclaimed that Jesus Christ was one person: one hundred percent God and one hundred percent man, with a rational soul and body, and in whom the Divine and human natures dwelt. To safeguard this teaching, the title “Mother of God” was formally given to Mary, because she bore Jesus Christ, who was and is fully God and fully man from the exact time of his conception in Mary’s womb. In keeping with this great Tradition of the church, the Orthodox and Roman Catholic Churches proclaim the title “Mother of God” as dogma. Because whatever is said about Mary has, by necessity, theological ramifications for the whole of Christendom.

This concludes the second of eight articles about Mary. | 1. The Perpetual Virginity of Mary | 2. Mary, Mother of God |

Download a PDF of Cyril’s Letter to Nestorius with the XII. Anathematisms.

*Unbloody sacrifice here in St. Cyril’s letter is an allusion to the prayer of Epiklesis during the Divine Liturgy (which is still used today in the Orthodox Church):

“Again we offer unto thee this reasonable and unbloody service and beseech thee and pray thee and supplicate thee: send down thy Holy Spirit upon us and these Gifts here spread forth.” 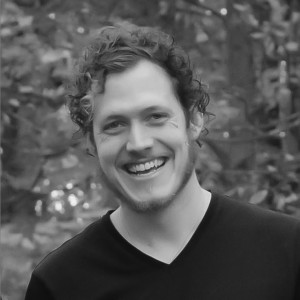 The Future of Christianity in America, Part III

The Church According to Paul | Book Review

Why We Call Mary the Mother of God