A Defense of Nagel, Part III

The Corpuscular Cosmos of the Early Modern Philosophers

Now the “strictly mathematical and materialist conception of the natural order the early moderns bequeathed to us,” that Edward Feser mentioned in my first paper, refers to the mechanical philosophers. Take the case of Rene Descartes: in his mechanics, he argues that if a person knew enough, he should be able to reduce chemistry and biology to mechanics. The process of how a seed develops into an animal or a plant, for example, is purely mechanical and hence has no need to refer to an Aristotelian form/soul. For Descartes, in his paradigmatic rejection of Aristotelianism, there is no need of Aristotle’s vegetative, animal, and human souls: “only one of them, the rational soul, exists, and that only in man.”1 Yet, Bertrand Russell writes,

In the whole theory of the material world…organisms, just as much as dead matter, were governed by the laws of physics; there was no longer need, as in the Aristotelian philosophy, of an entelechy or soul to explain the growth of organisms and the movements of animals…And for those who paid more attention to Descartes’s science than to his theory of knowledge, it was not difficult to extend the theory that animals are automata: why not say the same of men, and simplify the system by making it a consistent materialism? This step was actually taken in the eighteenth century.2

This mechanical philosophy, not limited to Cartesianism, was systemic to the period. Many philosophers, having rejected the Aristotelianism of the Scholastics, adopted some version of the mechanical philosophy. This new paradigm sought explanations for all natural phenomena vis a vis matter and motion. The sensations of a thing’s qualities we perceive were thought to be produced only by “mechanisms composed of microscopic particles of matter.” This view thereby rejected that every change requires a complete explanation in terms of the Four Causes.3

A helpful illustration is the impact on how philosophers viewed the relationship between God4 and his creation. Having “reduced all causality to efficient causes, ” as the late Margaret J. Osler notes, natural philosophers such as Gassendi, Bacon, Descartes, Boyle, and Newton “reinterpreted the term final cause to refer to God’s purposes imposed on the creation rather than to innate, goal-directed actions.”5 Hence, prior to early modern philosophy, one finds the paradigmatic teleological argument for the existence of God to be Thomas Aquinas’ fifth way. He begins by saying that one observes that physical objects consistently move towards a specific, immanent goal of becoming or final cause. Yet those physical things lack intelligence, and nothing moves towards a goal except by intelligence directing it (such as artifacts only move toward an end by a function derived from the intelligence of a person). So there is some infinite Intelligence whereby all these finite goals are directed in their intelligible processes: God, this Intelligence, is the infinite final cause of all finite final causes.6

After the mechanical philosophy is set in motion, the new paradigmatic teleological argument is William Paley’s Watchmaker Analogy: a biological organ like the eye is analogous to a watch. If I am walking on the beach and stump my foot against a stone, I would not be justified in inferring a designer to that stone. But if I stub my foot against a watch, I am justified in inferring “that there must have existed, at some time, and at some place or other, an artificer or artificers who formed [the watch] with the purpose which we find it actually to answer; who comprehended its construction, and designed its use.”7 Analogously, if I stump my foot against the human eye I am, according to Paley, justified in inferring a designer to this biological artifact. Yet therein is the issue: I infer a designer from the extrinsic purposes imposed on the eye, such as the irreducible complexity of its parts, rather than infer an absolute final cause from the contingent final cause of my eye with its innate purpose to see. For Aquinas, all natural entities have final causes. So the eye is just as much reason to infer the fifth way as is the rock.

This shift from how Aquinas argues for God’s existence (from “innate, goal-directed actions”) to how Paley argues (from “God’s purposes imposed on the creation”) illustrates this paradigmatic change as the corpuscular conception of nature took hold. The new mechanical view of nature depended on rejecting immanent purpose intrinsic to nature and relegating it to subjective appearances of secondary qualities, and rejecting the limited the world of appearances to mere human perception. Relating to the mind-body problem, Nagel summarizes:

The modern mind-body problem arose out of the scientific revolution of the seventeenth century, as a direct result of Galileo and Descartes…proposing that physical science should provide a mathematically precise quantitative description of an external reality extended in space and time… It was essential to leave out or subtract subjective appearances and the human mind—as well as human intentions and purposes—from the physical world in order to permit this powerful but austere spatiotemporal conception of objective physical reality to develop.8

The secondary qualities are extrinsic, relational properties of a physical thing, existing only in a person’s impression of the object. Hence they are perception-dependent and “subjective.”

This mechanistic vision removes subjective appearances from the external world, which would otherwise be intrinsic to it, This vision has continued as physical science developed. Erwin Schrodinger observes:

While all building stones for the [modern scientific] world-picture are furnished by the senses qua organs of the mind, while the world picture itself is and remains for everyone a construct of his mind and apart from it has no demonstrable existence, the mind itself remains a stranger in this picture, it has no place in it, it can nowhere be found in it.9

For the early moderns, it was better to approach nature as a collection of mechanisms, whose principal governance is not some indwelling Aristotelian form or immanent teleology but the purely functional arrangement of nature’s distinct parts in action. The mechanical philosophy bracketed form and finality out of scientific consideration.10 Westerners, David Bentley Hart notes, saw the universe not just as something that could be investigated by the new philosophy, but also that the universe was “in fact a machine. They came to see nature not as a reality guided and unified from within” by form and finality, “but as something merely factitiously assembled and arranged from without by some combination of efficient forces.” And as nature was turned into a machine, our view of God became mechanistic. This universe could be ultimately crafted by one efficient cause of an intelligent designer, a cosmic clockmaker, but this god was the creator of an artifact, a sort of “god of the machine.”11 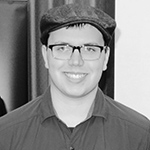 The Perpetual Virginity of Mary: Why I Changed My Mind

A Defense of Nagel, Part III